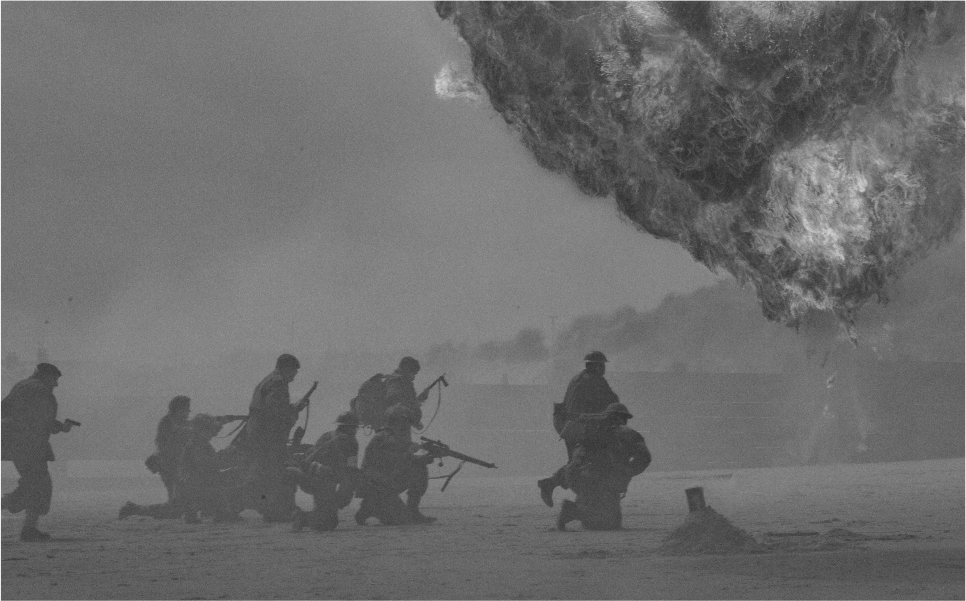 The war started by Russia in Ukraine is the main factor that will determine the future prospects of the European and Estonian economies. Between the ranks of market participants and forecasters, the prevailing expectation is that tensions will persist. Understandably, the situation on the battlefields in a week, a month or two is unpredictable.

The real estate market and the narrower housing market are moving in the shadow of ignorance and ambiguity. The current processes in the economy and the housing market are analyzed below in order to anticipate possible future developments.

The economy is close to zero

Economic growth in 2021 was strong 8.6%. However, this has been declining compared to 2020, ie the year of the corona. At the end of 2021, we felt a rapid and significant rise in energy prices in our wallets. The rising prices of electricity, gas, and petrol all created fragile inflationary pressures.

February dropped forecasts on already weak ice. The start of Russia’s aggression meant that all previous economic predictions could be thrown in the trash. The unpredictable course of the war means that none of the following visions is of much greater value.

However, the Ministry of Finance, Eesti Pank and commercial banks must perform their duties and have something to think about what the future holds in today’s vague picture. In March 2022, public sector institutions have assumed that this year’s economic growth will be close to negative. Swedbank, SEB Pank, and Luminor expect a positive result of just over zero.

Inflation is a crucial problem

In the second half of 2021, an inflation rally was launched. At the end of the year, electricity and gas prices multiplied people’s housing costs. Sanctions following the Russian invasion of Ukraine in 2022 have severed energy and logistics chains. This means an increase in transport costs and a rapid rise in prices, ie inflation.

The general rise in the price level is pinching all consumers. This reduces people’s ability to raise self-financing for new real estate. In addition, servicing an existing or new loan takes less time.

Inflation rates that exceed wage growth and, in fact, expenses, which rise significantly faster than the growth rate of the consumer price index, reduce people’s purchasing power and therefore their ability to participate in the real estate market.

Inflation is linked to interest rates

In January 2022, there was a growing voice about ending the European Central Bank’s money supply and raising interest rates, which could take place in 2023. In the first half of February, it was already said that we would see an increase in interest rates already in 2022.

On February 24, 2022, Russia began aggression against Ukraine. As a matter of fact, sanctions have affected the whole of Europe, if not the whole world. Raising interest rates in a state of war and thereby reducing business investment, which is rising unemployment and increasing the debt burden of private individuals in the face of decades of high inflation, does not seem to be a pleasant option. Rising interest rates are also a threatening thunderstorm over the wine-drinking countries of southern Europe, whose public debt is enormous.

An alternative to raising interest rates seems to be a longer-term acceptance of inflation. This, in turn, is particularly painful for people living in predominantly rented premises, such as Germans. The European Central Bank does not have good options.

There will be no excessive impact on borrowers as long as Euribor remains below zero. The subsequent positive key interest rate will increase monthly loan payments. The higher loan payment is the next mouthful of the consumer’s wallet next to the inflation one.

Can the optimism of the housing market be hit?

The housing market shook two years ago when a corona arrived and a state of emergency was declared. In a few months, by the summer of 2020, it was clear that we would be bought out of the great crisis by keeping money and interest rates low.

Instead of moderately raising consumer prices, the money supply reached, among other things, the real estate market. The number and turnover of residential transactions in Estonia in 2021 were record-breaking. The high demand, which could not be covered by the offers, was accompanied by a shortage of offers. The shortage of offers pushed prices up.

Global high demand has pushed up prices in all segments of the apartment market. During 2021, the equivalent price of housing in Tallinn increased by an estimated 20-30%. In the case of smaller centers of attraction, the rate of real estate appreciation could be even higher.

Rental Investments are also made by private individuals. Thus, a bold conclusion could be drawn that the share of rental investors on the purchase side of the Tallinn apartment market is approximately 25%.

The increased share of rental investors has been an additional factor that has created a shortage of housing. If the home buyer puts the old home up for sale after purchasing a new home, the rental investor will not increase the supply in the secondary market when making the purchase transaction. This, in turn, has been additional upward pressure on prices.

Developers and builders are in trouble

The prices of new housing offered by developers are directly related to expenses. As input expenses rise, so does the selling price. Over the years, the market for new developments has grown large enough to influence the price trend of the entire housing market. Thus, the prices of older dwellings are moving in the same direction and at the same pace as the development of new buildings.

In a high-inflation environment, it would also be wrong to think that if all other goods become more expensive, the price of housing should go down. Unless the rockets start landing in Estonia…

The developers, or the supply side, are in trouble. On the other hand, demand has expanded significantly in the form of refugees who have come to Estonia. Some of the war refugees from Ukraine come to friends and relatives, others to temporary premises provided by the public sector, and a third to the rental market. Some individuals may have lost their way in the housing market.

Compared to the beginning of March, the number of rental offers for apartments in Tallinn decreased substantially twice. In the conditions of declining supply, a large wave of rental demand has pushed up rental prices. Despite the price increase, it is not possible to bring the rental offer to the market, because there are simply no vacancies.

Thus, rental prices, especially the prices of cheaper apartments, have risen by an estimated 20-30% compared to a year ago.

Life gets harder but you won’t run out

The outlook for future developments in the housing market is blurred – as in the economy as a whole. One Russian terrorist missile may be flying in the wrong direction when the whole world is to be reinterpreted. Therefore, it is reasonable to evaluate ongoing processes instead of long-term views.

The demand in the rental market is high and will remain high. This continues to push up rental prices. With some delay, the surge in rental prices could reach the cheaper end of the more expensive apartments sector in Mustamäe-Lasnamäe-Väike-Õismäe. The hope of rising rents could activate bolder rental investors for new investment deals.

Developer input costs are rising. This means an increase in sales prices. However, the sales prices of new dwellings have been rising very fast for two years now. Thus, the availability of housing has decreased. Making the income-price ratio significantly less favorable for the consumer means fewer purchases.

We hope that Russia, as an aggressor, will find an unworthy end and that the war will end as soon as possible. Hopefully, the economic picture will then become clearer and it will be possible to look at the real estate market for a longer time.

Crowdestate is one of the very first real estate crowdfunding platforms, established in early 2014. 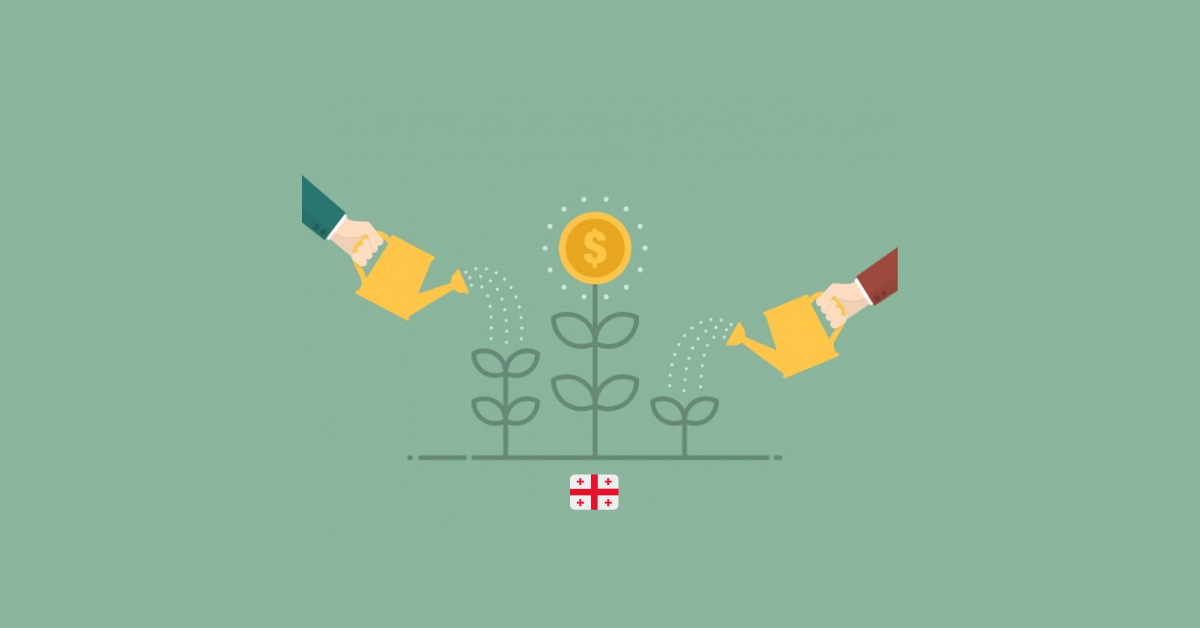